Sylvia was well-known for her dynamic, genuine, down-to-earth style and personality. Her lectures, teachings, counsel and love for people was felt all over the world including Africa, Europe, Asia, and Australia. Sylvia manifested her psychic ability at the age of three, in her home town of Kansas City, MO. For many years she shared her gift with friends and family, and became very well-known for helping people to see their future. Moving to California in 1964, she continued assisting people privately. Sylvia then wanted to make a professional, legally sanctioned organization to further her research into the paranormal. This goal was realized in 1974 when Sylvia incorporated The Nirvana Foundation for Psychic Research, a nonprofit organization (now known as Sylvia Browne Corporation). Since then, Sylvia has helped thousands of people gain control of their lives, live more happily, understand the meaning of life, and to find God in their own unique way.

Sylvia’s philosophy of life is based upon research into past lives, via hypnosis, and through the information obtained via Sylvia’s deep trance channeling ability. From thousands of hypnotic regressions and hundreds of trance sessions, the fact of reincarnation was established as the key to understanding life. Sylvia accepts reincarnation as a central theme in her philosophy, yet this belief is never forced upon anyone who does not want to hear it. Sylvia always says, “Take with you what you want and leave the rest behind.” She is also strongly pro God, but again does not force the issue. Sylvia liked to tell people, “It does not matter if you believe in God, because God believes in you.”

Sylvia Browne’s media appearances have included national programs such as Unsolved Mysteries, In Search Of …, That’s Incredible, The Morning Show with Mike and Juliet, Loveline with Dr Drew, and was a weekly guest on the Montel Williams Show for over 17 years. Internationally, she has appeared numerous times on Larry King Live. In Los Angeles, Sylvia was a frequent guest on AM Los Angeles. The Pacific Northwest has seen Sylvia on Northwest Afternoon and Town Meeting, and the East Coast has seen her on Good Day Boston, among others. The entire nation saw her starring in the hour long CBS Special, Haunted Lives. Sylvia made many public appearances each year, from her two-hour one-woman show to benefits for charitable organizations. She was involved with community activities and donated many hours to help find missing children and also working with police to solve crimes. Prior to Sylvia’s passing, she was actively working on hospices for the elderly, abused children, and persons with AIDS.

Sylvia has over 50 published works resulting from her research into parapsychology with 22 appearing on the New York Times Bestsellers List. These books include: (Her biography) Adventures of a Psychic, The Other Side and Back, Life on the Other Side, Book of Dreams, Contacting Your Spirit Guide, Book of Angels, Visits from the Afterlife, Prophecy, Secrets & Mysteries of the World, Animals on the Other Side, Phenomenon, If You Could See What I See, Insights, Exploring the Levels of Creation, The Mystical Life of Jesus, Secret Societies, Temples on the Other Side, End of Days, and Mystical Traveler. Her most recent books, All Pets Go to Heaven, Psychic Healing, Messages From Spirit, Accepting the Psychic Torch, and The Truth About Psychics have been a major hit with readers all over the world. Her latest release, Psychic – My Life in Two Worlds, Sylvia’s first of three books with her new publisher, HarperOne, is an intimate, unapologetic, no-holds-barred memoir that candidly discusses deeper personal and professional experiences that she has never revealed in public.

To further her goals, Sylvia formed another organization in 1986, the Society of Novus Spiritus (meaning New Spirit) based upon a Christian Gnostic theology. She has trained ministers to actively help spread her philosophy. Her goals are to give aid to the infirm, shelter to the homeless, and establish a spiritual community that loves God (both the Father and Mother God) without the sin and guilt found in most of today’s faiths. Sylvia’s newest addition to her ever-expanding organization is The Sylvia Browne Hypnosis Training Center which was formed as an accredited organization to teach individuals her unique, proven hypnosis methods for either professional or personal use as a powerful tool in healing and behavior modification. 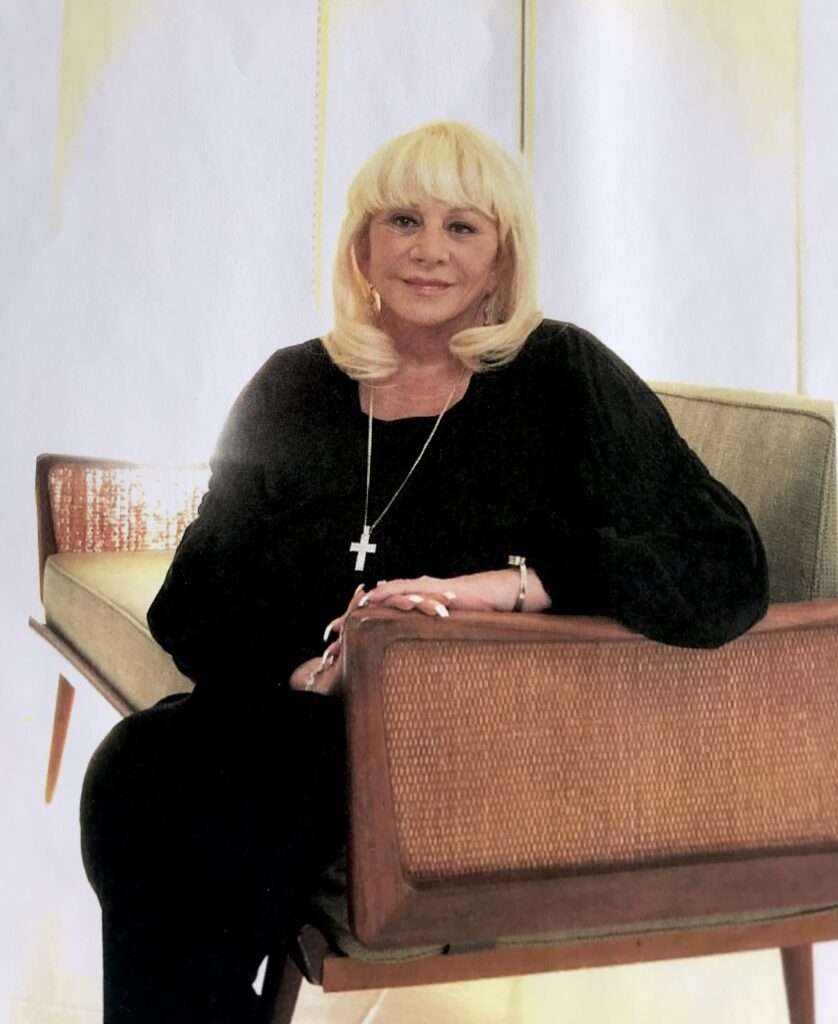 keep Sylvia with you forever